MOON
Ko’komiki’somm
STRUCTURE   The Moon is a very large natural satellite.  It is slightly smaller than the planet Mercury but larger than any of the known dwarf planets. Our Moon is thought to be made of different layers,  with an iron core surrounded by a partially molten lava mantle, and a rigid outer crust.  The rocks forming the lunar crust share specific features with rocks that are found on Earth and no place else in the Solar System, as far as we know. These findings are consistent with the giant impact hypothesis.  The Moon is “tidally locked” to the Earth, meaning that it spins on its axis exactly once for every orbit it makes around the Earth.  Thus, the same side always faces the Earth.

The Moon has no significant atmosphere or magnetic field.  It is one of the densest moons in the Solar System, second only to Io, which orbits the planet Jupiter.  It has about 1/6th the gravity of Earth.  Liquid water cannot exist on the Moon. However, there is strong evidence for water ice in areas that are in permanent shadow at the north and south pole. These regions are among the coldest in the entire Solar System.  If these ice deposits are accessible in large enough quantities, they may support permanent habitation on the Moon at some time in the future.
​For most people, the best time to observe the Moon is before or after the full Moon phase.  When the Moon is “partially lit”, the sunlight casts shadows on the lunar surface, yielding dramatic views of the mountains, valleys and craters especially along the terminator where light and shadow meet.
ECLIPSES The apparent size of the Sun and the Moon as seen from Earth is nearly the same.  When the Moon lies on a straight line between the Sun and the Earth, the Moon can completely cover the disk of the Sun and cast a deep shadow onto the Earth’s surface.  People within the Moon’s shadow experience a solar eclipse, which can be total, partial or annular (where the Sun appears as a “ring of fire”).    Total solar eclipses are of great scientific interest, as they allow close observation of the solar corona (the super-hot region above the Sun's surface). 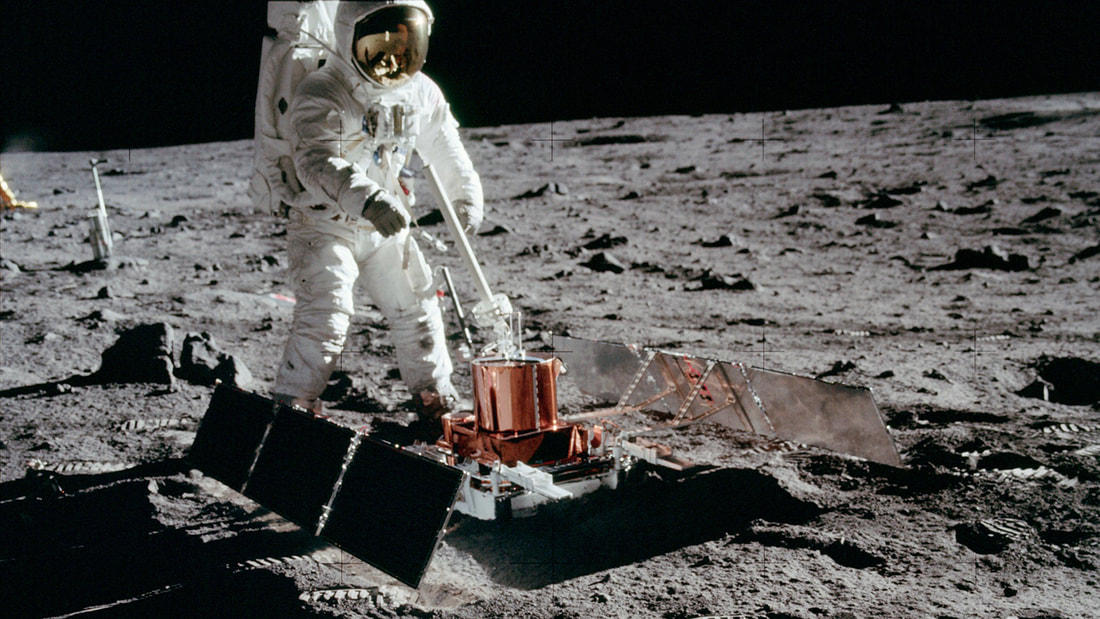